Mongol Invasion of Japan (元寇): Part 1 - Some quick myths about the invasion (WIP) 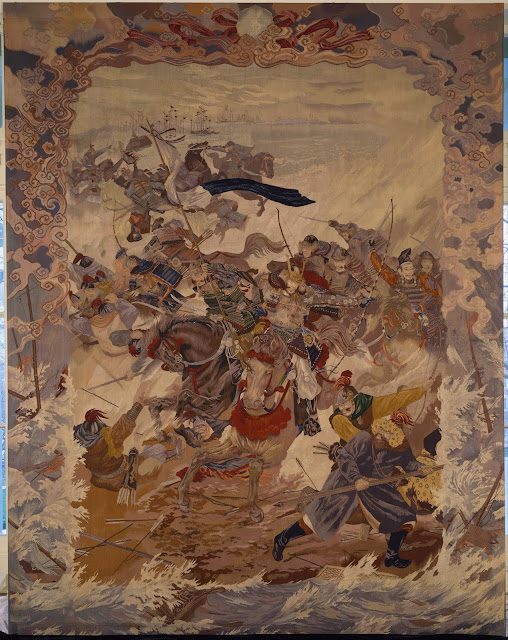 Ōsode (大袖) of the Late Heian and Late Kamakura period 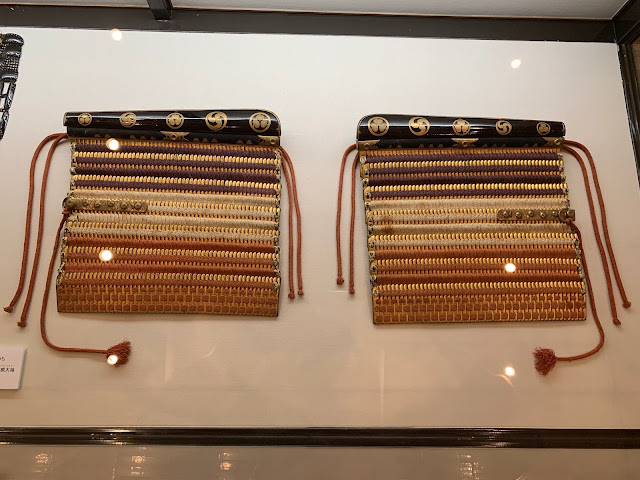 Ōsode (大袖) of the Late Heian and Late Kamakura period An example of a pair of  ōsode  from the Edo period. Despite their age they are made pretty much as the early models used centuries before. In this article I will cover one of the most ( if not the most ) iconic piece of Japanese armor usually associated with Samurai, the   ōsode (大袖 ). As I did previously for my article on Japanese kote , the period of reference for this article is from the late Heian period to the late Kamakura , so from the 10th century to the early 14th one , although some of the features of this type of sode will eventually translate into other period as well, especially the Edo period. This choice is made to give some type of uniform classification when talking about armor but also due to the fact that around this long time frame, the Samurai who worn this type of armor piece were predominantly mounted archers and most of the armor and equipment  of the period reflected this fact. An illust
48 comments
Read more

Kote (籠手) of the late Heian and late Kamakura period 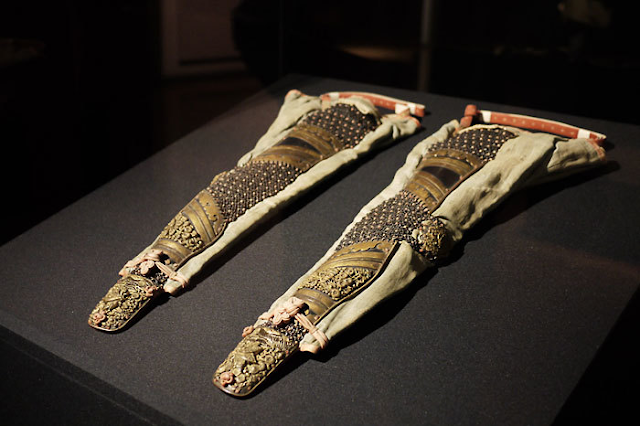 Kote ( 籠手 ) of the late Heian and late Kamakura period  A famous pair of kote of the early 14th century wrongly attributed to Minamoto no Yoshitsune. Despite the late age of the example, this type of kote was the main style of arm armor of the 11th and 13th century. Sadly, this is the oldest type of kote we have. In this article I would start to explore the various types of arms defenses employed by the Japanese warriors from the late Heian to the late Kamakura period. To add a little bit of ramblings before getting to the topic, I was thinking for month before writings about limbs armors on how to tie the variations of different styles and their historical evolution, so I decided to talk about these armor pieces within different time periods. So here we will talk about the armor used to protect arms & hands from the 10th to the late 13th century. This might seems a long period, and indeed different styles of arm armors were used throughout the different wars of the H
32 comments
Read more

Wantō (湾刀): Early Curved Japanese Swords A classic example of a curved warabitet ō, the most common style. If you have ever tried to approach the study of Japanese swords , you might have encountered the incredible amount of different theories and the huge (and occasionally hostile ) nomenclature that pervade such field. In order to make things clear and at the same time pay omage to this long tradition, today I'm going to talk about the  Wantō (湾刀), the first c urved Japanese swords . This specific name is an umbrella term used to refer to every Japanese curved swords, although in this s artilce I'm going to present the very first types of said family, namely the warabitet ō  ( 蕨手刀 )   which differs from the usual curved Japanese sword of the later periods and all the variations that sprung from this so iconic and yet forgotten Japanese swords. As a premise I would love to point out that this is definitely not my area of expertise, and it tooks several month t
44 comments
Read more
More posts